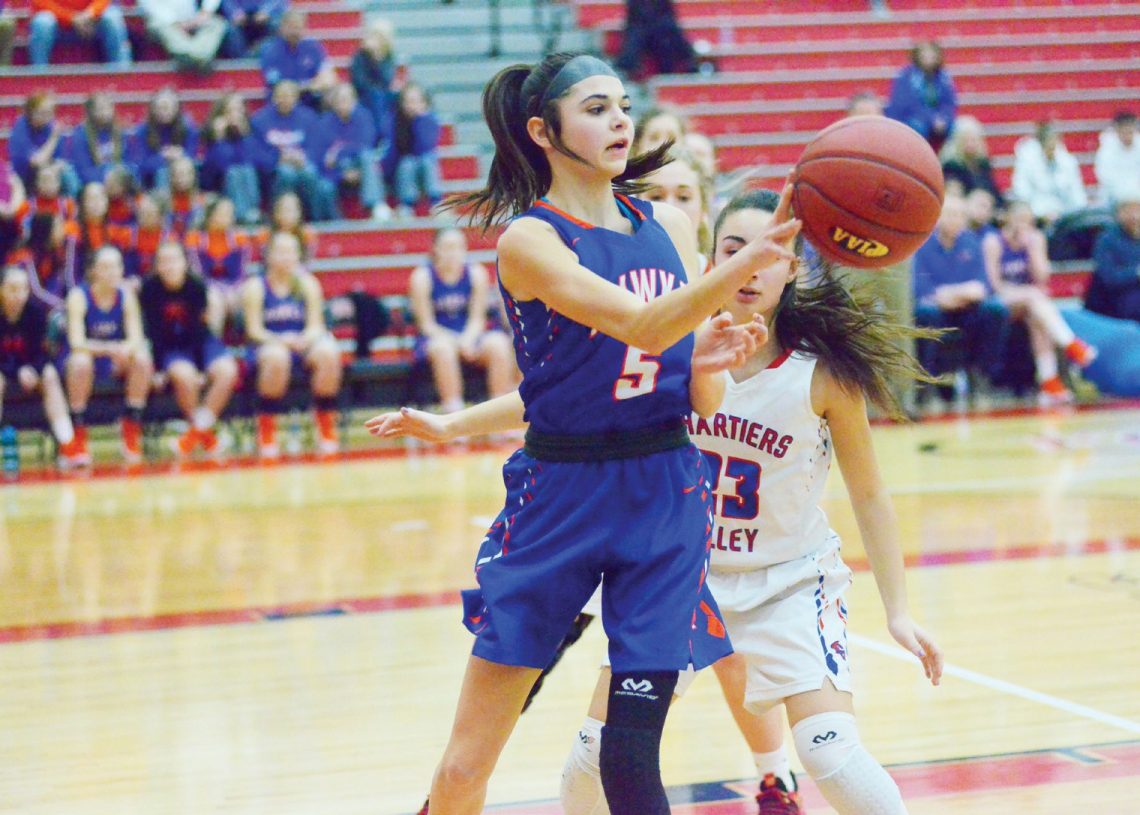 The Western Pennsylvania Interscholastic Athletic League (WPIAL) is seemingly in a perennial state of flux, leading to section realignment on an all-too-regular basis. The 2018-19 basketball season brings with it another section shakeup and all four WPIAL girls basketball teams in the Leader Times’ coverage area will see changes to their list of section opponents.

Last season, all four WPIAL teams in Armstrong County made the playoffs and the Armstrong River Hawks, Apollo-Ridge Vikings, Leechburg Blue Devils and Freeport Yellowjackets will look to navigate uncharted waters to make it back to the postseason again this year.

The Vikings jumped from 3A to 4A this season and head coach Jim Callipare couldn’t be happier with the way realignment worked out for his team.

“All of our games last year were through the tunnels,” Callipare said. “We were fighting that traffic both ways in and out of Pittsburgh. This year, all of our section teams are up this way so the girls won’t have to spend two hours each way on the bus.”

Apollo-Ridge will join a section that also includes county foe Freeport and will look to improve upon a 2017-18 campaign that saw a very young Vikings team win a WPIAL playoff game when they beat Peters Township in the first round, 47-35.

A year ago, the Vikings finished 11-13 overall with a 6-6 record inside section play, good enough for a third place finish in 3A, Section 3.

The River Hawks made the playoffs for the first time in school history and finished third in 5A, Section 4 play a year ago.

While Armstrong was able to claw their way into the postseason against a brutal schedule, the River Hawks’ section actually got tougher this season with the departure of lastplace Indiana and the arrival of WPIAL 5A champion Gateway.

Head coach Kirk Lorigan’s team already faced arguably the stiffest competition in all of 5A a year ago in a section that included PIAA 5A champion Mars.

The Yellowjackets remain in 4A, Section 1, but Freeport will see a couple of new section opponents this season.

Indiana makes the drop from 5A to 4A and Greens – burg Salem joins a section in which Freeport finished second a year ago with a 10-2 record inside conference play.

Last season, head coach Fred Soilis’s team fell to Elizabeth Forward in the first round of the WPIAL 4A playoffs, 45-33 and will look to improve upon a 13-9 overall record.

The Leechburg girls’ basketball program will look drastically different this season than it did a year ago and the Blue Devils’ opponents will also be unfamiliar in 2018-19.

Leechburg will join Apollo-Ridge in switching classifications and will drop from 2A, Section 2 where they finished second to Vincentian Academy a year ago, and move to 1A, Section 3. The move will see Leechburg join an athletic conference that will include Greensburg Central Catholic, a team which will join the Blue Devils in dropping from 2A to 1A.

Gone are the six seniors that led Leechburg to the WPIAL quarterfinals and a PIAA playoff game last year. The Blue Devils also have a new coach, Andre Carter, who was named to his first high school coaching job after 15 years as an AAU youth basketball coach at Valley.