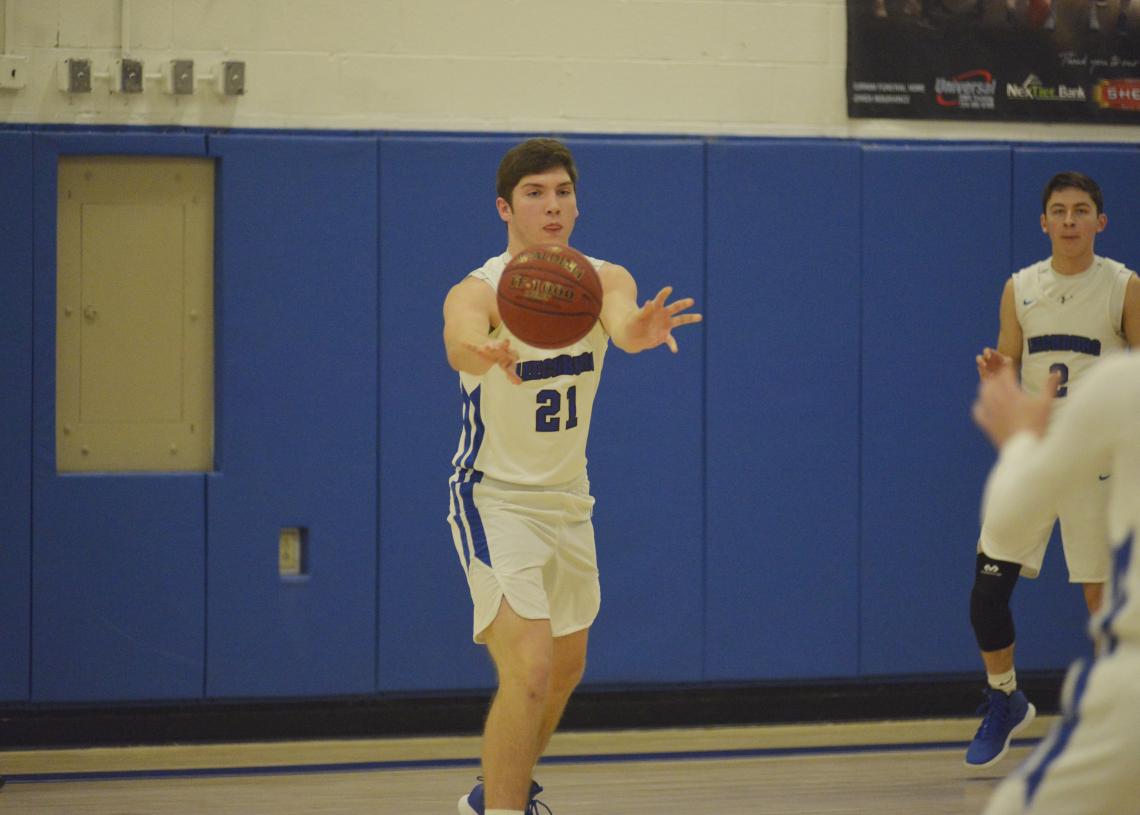 The Western Pennsylvania Interscholastic Athletic League (WPIAL) announced its playoff pairings for all six classifications in both boys and girls basketball on Tuesday night in Green Tree.

Five teams in the Leader Times’ coverage area qualified for the WPIAL postseason and the Leechburg boys and girls, Freeport boys and girls and Apollo-Ridge girls will compete in their respective first round match ups. 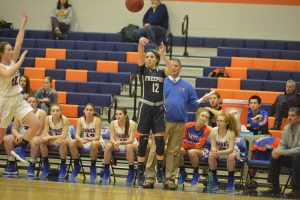 The Freeport girls finished 18-4 overall in 2018-19 which included a 12-2 mark inside Section 1-4A  p lay which gave the Yellowjackets sole possession of second place in the section behind undefeated North Catholic.

The team’s record, while impressive, did not garner the Yellowjackets one of the three first-round byes that head coach Fred Soilis set as a goal after the Trojanettes defeated Freeport for the second time on January 28.

“Before we played North Catholic the second time, we set our regular season goal as winning a share of the section title, but after the second game against them, the goal became playing for a possible first-round bye and getting a better seed,” Soilis said after the Yellowjackets’ 44-32 home win against Knoch on February 4.

The Yellowjackets landed the No. 4 seed at Tuesday evening’s WPIAL Playoff pairings meeting, one spot shy of that all-important first-round bye.

North Catholic, Central Valley and Blackhawk were the three girls basketball teams in the 4A classification to be awarded a first-round bye.

Two of the Yellowjackets’ four losses on the season came at the hands of No. 1 seed North Catholic.

Freeport’s other two losses were in the season opener against West Greene in the Southmoreland Tip-Off Tournament and a five-point loss to 6A Fox Chapel on February 6.

Freeport finished the regular season as winners of three in a row including four of their last five games.

Quaker Valley, the Yellowjackets’ first round opponent, pulled the No. 11 seed in the 4A bracket and finished fourth in Section 2-4A with a 12-9 (5-7) record. 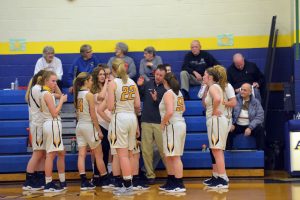 Apollo-Ridge head coach Jim Callipare led his Vikings back to the WPIAL playoffs with a 15-7 overall record which included a 7-7 mark inside Section 1-4A play.

The Vikings finished in third place behind No. 1 North Catholic and No. 4 Freeport and Apollo-Ridge relied heavily on the play off senior guard/forward Maddie Moore who was the team’s leading scorer and rebounder this season.

Moore, Callipare and the No. 11 Vikings will have their hands full with No. 6 Southmoreland and their star player, 6-2 center/forward Maggie Moore, a Navy commit.

“We played them a couple of years ago at a team camp and I know they have a really good Division I player named Maggie Moore,” Callipare said. “I know they’re a very big team and they had a very good season in a tough section. We’re going to have our work cut out, for sure.”

Southmoreland’s Moore averaged 14 points per game and over 11 rebounds per contest for the Scotties who finished second in Section 3, a game behind Elizabeth Forward.

“We’re trying to clean up some mistakes we had been making toward the end of the season, but [Southmoreland] is who we thought we would get, so we’ll be ready. Our girls will be up to the challenge.

In a year of complete and total change, one constant remained as the Leechburg girls’ basketball team made its way back to the playoffs.

The Blue Devils lost six seniors to graduation before the season including 2,000-point scorer Mikayla Lovelace.

Leechburg also hired a new head coach as Andre Carter took over his first varsity coaching job following the departure of Joel Ceraso to Burrell in the offseason.

The Blue Devils secured a playoff spot and grabbed the No. 12 seed in the Class A bracket after a 2018-19 campaign which saw Leechburg finish in fourth place in Section 3-A play with a 7-12 overall mark, which included a 4-9 record inside section play.

Leechburg finished the season with just six players on its varsity roster and will face a monumental task going up against the Lions in the first round of the playoffs, but Carter saw his team’s experiences over the course of the season as a collection of teaching moments which will help to lay the foundation for the program going forward.

“This season has definitely been a teaching lesson for us as a program,” Carter said. “To make the playoffs this season, I really foresee big things from us going forward.”

The Yellowjackets are hobbled heading into the postseason, but Freeport head coach Wayne Greiser has faith in his team as they head into a first round playoff match up Ringgold Rams.

“Ringgold was one of the two teams we thought we might get and they have four guys who average double figures,” Greiser said. “They spread you out so you can’t concentrate on one guy. Definitely a quality opponent, but we feel like we match up well with them.”

The Rams finished second behind Uniontown in Section 3-4A, but Greiser is hopeful that his banged-up squad will get a key contributor back into the lineup before the team’s first round playoff contest against Ringgold.

Shooting guard Aiden Skradski will be evaluated by doctors prior to the game and could be available against the Rams.

“The guys are positive right now, but getting Aiden back would be big lift,” Greiser said.

The Blue Devils are coming into the playoffs on a down not, but Leechburg head coach Corey Smith was adamant after his team’s 52-51 loss to Karns City in the regular season finale that his team would be ready to shake itself from a late-season funk when the playoffs got underway.

“It’s starts with me,” Smith said after his team blew back-to-back double-digit, second half leads to St. Joseph and Karns City in the final two games of the season. “We have to clean it up, we have to better and we will be. I need to be the spark for these guys, to light the fire that we need to do what we want to get done in the playoffs.”