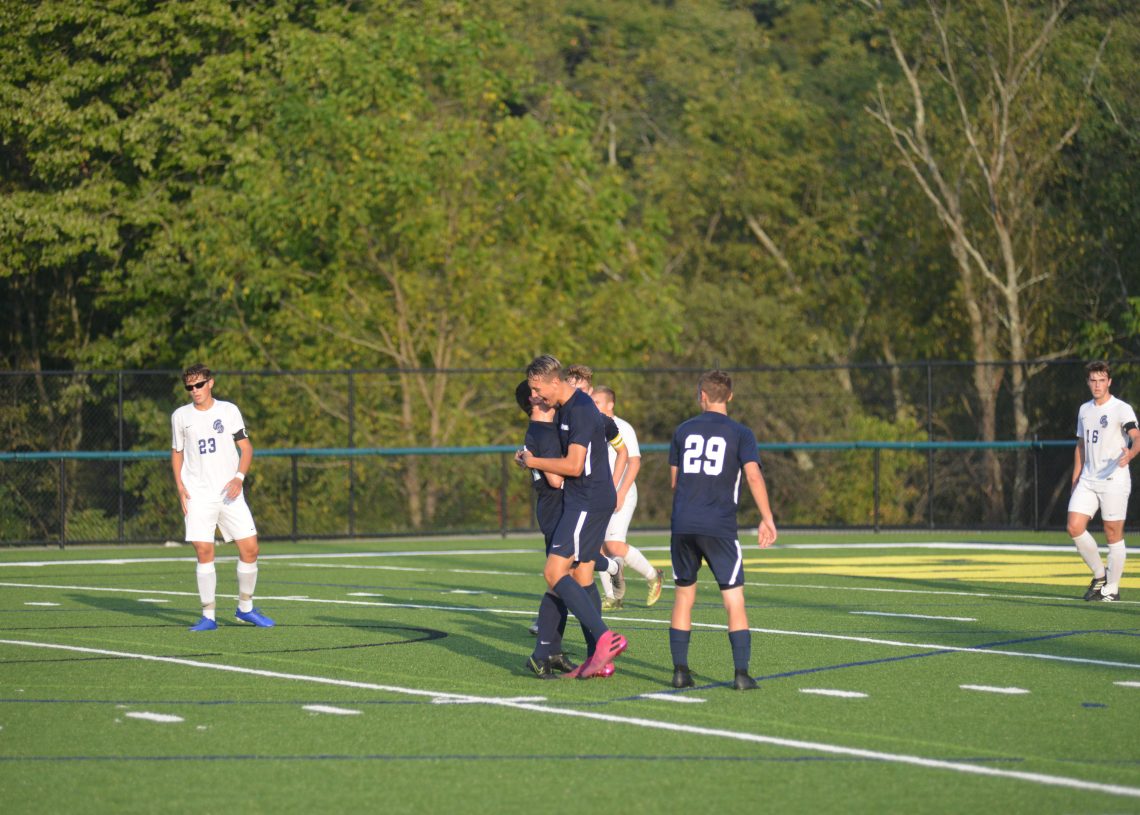 While Knoch (1-6-0) may not be in the same section as Freeport (4-2-1), the rivalry continued on Monday with the Yellowjackets topping the Vikings 2-0 to start out their busy week in which they will play three more games.

“Even though we’re not in the same section, a lot of the boys know one another from playing each other throughout the years, so there’s definitely a little bit of a rivalry there even though it’s not a section game,” Freeport head coach Dave Teorsky said.

The first half went by scoreless, with both teams getting opportunities, but neither able to convert those chances into goals.

After halftime, at the 24:51 mark, the Yellowjackets were able to get on the board with a goal scored by Isaac Wetzel, with Danny Lynch picking up the helper.

“Danny played a great through ball above the defenders head, it was bouncing and I thought it was the perfect opportunity to volley it and I got it off the bar and into the top-left corner of the net,” Wetzel said.

After their first goal, Freeport dominated the time of possession battle for the remainder of the contest.

The second half surge is something that Teorsky has noticed more of as the season has progressed.

“Each and every game we walk away with some lessons learned. Some of them are hard lessons, some of them are things we continue to build on and have success with. One of the things we learned early on is that we have to play 80-minutes. Earlier in the season with our second halves, we would come out flat or lackluster and our opponent would just come out hungrier than us. We learned from that and tonight, I think it showed. Our second half was better, we had a lot more pressure and our guys handled the pressure Knoch was putting on us well. I’m really happy about that, because I think it shows the growth and maturity we’ve picked up through the season,” Teorsky said.

The Yellowjackets picked up an insurance goal with just 1:28 left on the clock. Danny Lynch secured his second assist of the game when he found Hunter Hardin for the Yellowjackets score.

Teorsky stressed the importance of starting their busy week off with a win. The Yellowjackets will be playing three more games this week, all of which are within section.

“I think for me going into the week, I wanted them to stay focused on all four games. I know it’s a long week and fatigue is going to set in, so I’m setting that near term goal. I don’t want them to think that just because we got this one we can let up. There’s no let up, we have three section games in a row,” Teorsky said.

The first of Freeport’s three straight section matches will take place today when they travel to Valley to take on the Vikings; kickoff is set for 5:15 p.m.