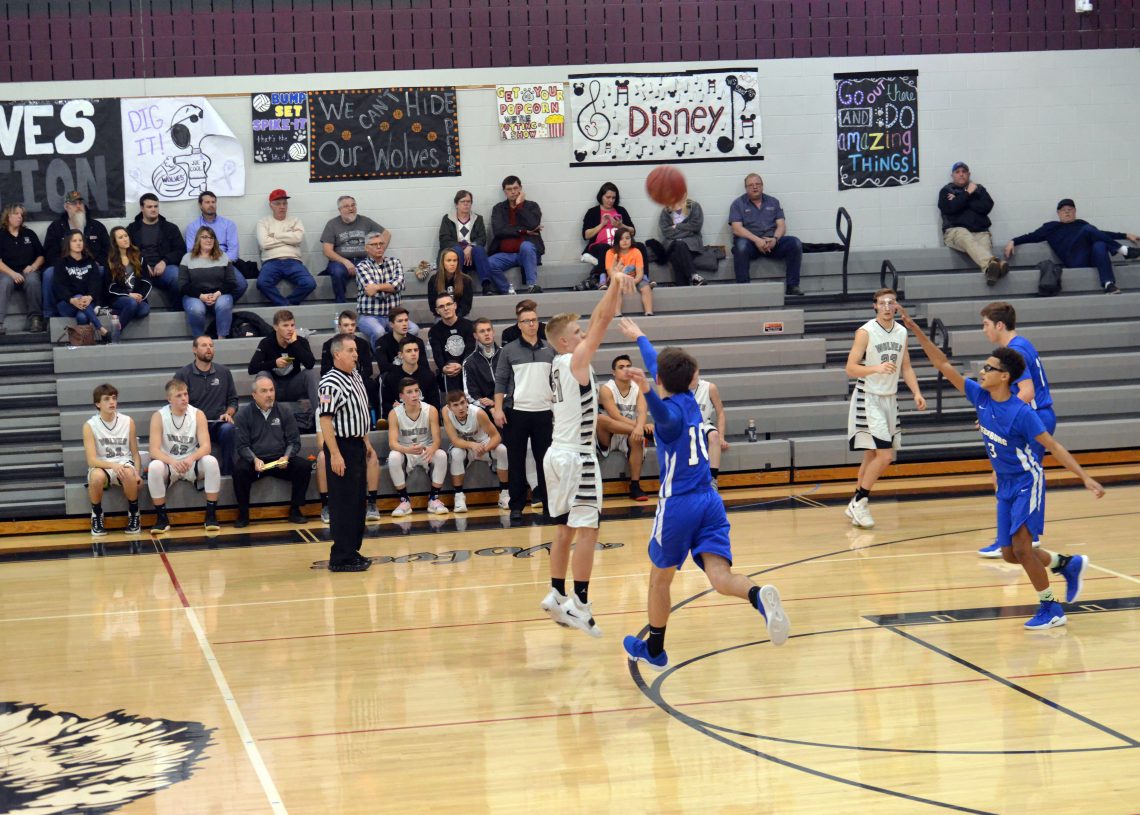 The Wolves, from the Heritage Conference in District VI, and the Blue Devils, members of Section 3 in the WPIAL 1A classification, put on a back-and-forth show that saw the home team fight off several charges from the visitors.

In the end, a close game came down to free throw shooting and while the Blue Devils struggled from the charity stripe, West Shamokin head coach Judd McCullough’s squad buried seven-of-eight crucial free throws to turn a close game late in the fourth quarter into a 64-54 victory.

“Give credit to Leechburg, they are always a great team, a scrappy team and they had us off-balance in the second half,” McCullough said. “(Leechburg head coach) Corey Smith is a great coach and as always, he had his team ready to play. But it came down to free throws tonight and I thought our guys really did well from the line in crunch time.”

The Wolves started out the game in a full-court press that gave the Blue Devils some early fits.

West Shamokin was able to creates several turnovers early and open up an early 10-point lead, but Smith called a timeout to calm his team down.

The strategy worked and the Blue Devils began to limit turnovers and pulled the score to within three points at the end of the first quarter, 19-16.

In the second quarter, the Blue Devils were able to jump on the Wolves early and knot the score at 23-23, but West Shamokin point guard Tyler Lightcap hit back-to-back threes which ignited a 15-2 run by the Wolves to end the half.

At the end of two quarters of play, West Shamokin led, 38-25, but the Blue Devils came out of the locker room and pulled the game close thanks to the dribble-drive penetration and scoring in thelane by point guard Dylan Cook and the inside presence of junior forward Jake Blumer.

Yet each time Leechburg threatened, West Shamokin had an answer in the form of senior guard/forward Carson DeWitt.

DeWitt came into the contest with a scoring average of 20.6 points per game and the Wolves’ best player easily surpassed his nightly season total midway through the third quarter.

“Carson was a best tonight,” McCullough said. “I thought last year, he stayed outside little too much, but he has really responded to the challenge this year of taking his game inside and creating scoring opportunities in the paint.”

DeWitt finished with a game-high 29 points and also hauled in nine rebounds.

For Leechburg, Blumer finished with 18 points and 11 boards while Cook led the Blue Devils with 21 points.

The win raised West Shamokin’s record to 7-2 and the Wolves will face Penns Manor on Friday night.

“Tonight was a great confidence builder for us,” McCullough said. “I think we’re at the right confidence level getting ready to face Penns Manor in a big game here on Friday night.”